I have a >>tumblr<< now! Just thought I would share. It’s only taken years for me to bend to this internet thing that is tumbling….maybe someday I’ll fully invest myself into Reddit, but when you have a partner that shares it all with you anyways its vicariously satisfying that need. Someday soon-ish I’ll be returning to more regular blogging. Though I’m considering vlogging except my partner is super private so I don’t know that he would be all that cool with it… Then there is this gal that I created for the Loot Crate contest over here >>>Vote<<<

So it has been forever since I last posted! I’ve been super busy and haven’t been online too much because I’m trying to focus on my family and getting to the point where we can move. So I’ve still been taking photos and competing in contests. If you guys want to check out my Viewbug page >>>Click Here ,Here , Here and Here<<< Otherwise I am currently needing votes for this >>>contest<<< to help me earn some $$$ to upgrade my camera. Vote if you like my photos if not don’t worry about it 🙂

Have you seen the new teaser for the Star Trek All Access TV show coming from CBS? If not go ahead and watch it now. It is ok I can wait 🙂 There is literally no spoilers or reveals. So it is ok 🙂

If you haven’t heard there isn’t a whole lot of information on this yet on the IMDB page, but it looks like Gene Roddenberry’s son Eugene and Bryan Fuller are attached to this show. What this says to me is that there is potential for this show to be awesome! If your not sure who Bryan Fuller is he was a writer for Deep Space Nine, Voyager and also involved in shows Dead Like Me and Pushing Daisies (if you not seen these shows you really need to watch them as your truly missing out, its ok they didn’t last long like many good shows so it doesn’t take long to watch). Fuller is also now attached to the new show that is coming to Starz, American Gods which is based on the book by Neil Gaiman (my favorite writer) whom if you don’t know who that is well…I just have no words. Do we have anything common? Probably I’m pretty eclectic, but you really should know who Neil Gaiman is.

But wait I digress I am getting off topic…So why is this a big deal? Well if you haven’t seen any of these shows then you really wouldn’t know, but this man touches things and turns them to gold (is what it amounts to). It has potential with Bryan Fuller attached to this show. Although I am really not a fan of the fact it is attached to CBS new “All Access” which really isn’t unless you want to pay $5.99 a month to watch it. That is right you get to watch the first episode on TV for free and then it is only going to be available on CBS’s subscription service.

A poorly titled (or is it?) blog article started a rumor that Nathan Fillion is slated to be the next Captain of the new TV show, but this alas is just a rumor. The blog post was simply trying to plea with the fans and CBS to try and cast him as the next Captain since his show Castle is now canceled and the pleas to renew Firefly has yet to have been answered. Who doesn’t love Nathan Fillion!? However if this was made a reality I think any hopes of Firefly ever being picked up again and put back on air would be crushed. What do you guys think? Should he be the next Captain of the new Star Trek show? Do you think CBS sucks for making this “All Access” only subscription show? Or is it pure genius to gain ground for their subscription service? Leave your comments below 🙂

So I just watched the new trailer of X-Men Apocalypse and I’ve got chills! Who doesn’t want to see this movie? This is going to be an epic battle! There are so many awesome movies coming out over the next several months I don’t know how my pocket book is going to handle it all!

The last day of the convention is a little sad for me. Not as many people show up, even less dress up and you can see the exhaustion and “zero fucks given” looks on the artists and vendors faces. Most people are either there for the celebrities or hoping to hit up some last minute shopping when the crowds aren’t as big.

The lead up to con is always nerve wracking for me and anxiety filled and once I’m there it is Cloud 9. Of course decompressing the following week involves being totally lazy and possibly sick (whether it is with con flu or something of the like). I deliberate on whether I am willing to do it again and the answer is always yes.

My hope is to get out to other local cons in the next year and see the way others do it. Whether it’s as a photographer or just an attendee. I just love connecting with people and seeing the beautiful things they create! My photos from today were very few. Not a lot left to photograph. Feel free to go to my >>Flickr<< and check them out!

Here is a few of my favorites:

So today I went out for a couple of hours to shoot photos at the Wizard World Convention in Madison, WI. It is nice to be able to volunteer for these events and meet a lot of really cool people! My allergies are going banana’s on me right now (NOT THE CON FLU) and I’ve been drinking lots of hot water with lemon and honey mixed in. At this rate I’m going to get a sinus infection. If anyone wants to see my photos I have them uploaded on my >>Flickr<< account and also give a gander and like my Facebook page (if you want, no pressure) at >>Yep That Sarah<<

Tomorrow will be another fun filled day and this time I’ll have my other half with me as well as my son ^_^ So excited for another day at the convention! I wonder who won Best Costume tonight!?

Last spring I shot photography for Minneapolis Wizard World comic con and I’ve volunteered my time again this year for the Madison event 😍 Due to them getting back to me on short notice I won’t be shooting all weekend just a couple hours Saturday and Sunday, but I’m excited! It was a lot of fun last time and I look forward to seeing all the awesome cosplay again! If your planning on going and happen to spot me say hi! 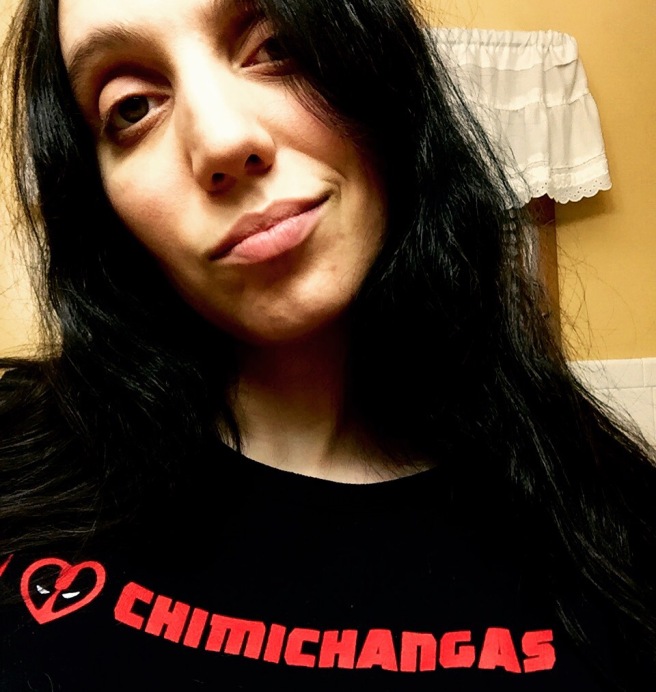 Stay tuned for photos from the Madison next week!

So I’m not new to Deadpool, but I’ve never read it consecutively. I always read whatever my dad had lying around his office and whatever I choose to order that I thought would appeal to me. For those that don’t know, my dad owned a video store and he sold comics there so we always got the monthly Diamond catalogue (and it was precious to me) in which I would select my compensation for working for him at the store. Little did I know I was wracking up $1000 a month in purchases, but that is besides the point and I’m getting off track.

So my significant other ordered these a while back to re-read and I’m just finally reading them now. Point being…I love Deadpool! Such an easy and fun read! Deadpool…he gets me. Someday when my son is old enough he will get to enjoy him too 😍 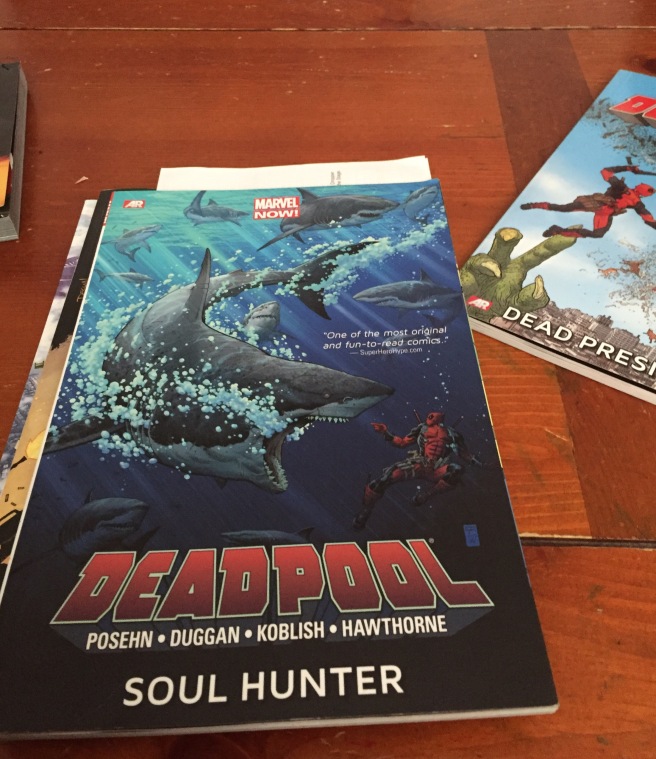 Yet another long break from posting anything new and updated. Still working on getting my computer upgraded enough to stream on Twitch, but I’m getting there. Sooner then later in an indirect way. Just came across this game Child of Light on Steam that is gorgeous and very Final Fantasy in the game style, but other than that is just a masterpiece of art. The puzzles aren’t so difficult that you have to look up a walk-through online, but not so easy that your bored after a while. The musical score mixed with the interesting dialogue and plot are really interesting. I’m hoping to stream this game very soon. If you haven’t heard of it you should check it out! I bought it for only $3.74 during the Steam sale, but regular price is only $14.99 so still a good deal and worth the play 🙂 >>Child of Light<< Stay tuned I will be posting more!

So I’ve recently graduated to two monitors and I guess I never looked at my blog page on my desktop (always on the laptop) and it has become obvious how lacking I am in a proper background for this blog. So of course my partner suggests that I should make my own. 2 and a half hours later it isn’t done, but its started. I’ll share part of screen shot just for a teaser. It is going to hopefully be awesome when it is done…hopefully.